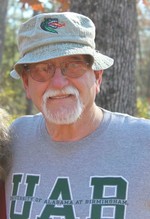 Beloved Husband, Father, Brother and Friend passed away on August 20, 2020. Raymond was born October 3, 1937 in Marshall County, Alabama. He was Valedictorian of the 1955 class of Locust Fork High School. He served in the United States Air Force from 1955-1959. Raymond worked at Redstone Arsenal and Veteran’s Hospital in Birmingham before beginning a lifetime career in the elevator business. He developed 'forever friends' with members of OTIS, Schindler and Montgomery/Kone Elevator Companies. Ray was an avid lover of cars and UAB Sports. After retirement he found a hobby job in being a coordinator and driver for car dealerships. He was known by others to be a fun, sweet, genuine and good man. Ray always had a great story to tell. He loved his friends and family and was always doing more for others than himself.

Ray is survived by his wife, Betty. Son Michael Warren (Alethea) and daughter Tracy Warren (Alex Hixon); Brother Robert Warren (Jean) and Sister Sarah Pass. He is preceded in death by his parents Henry and Edna Warren and his son David Warren. He will be missed by many for sure. We pray for his soul to be in peace as he rejoins our creator. Heaven has indeed gained another beautiful angel.

Family will hold a private service on Saturday, August 29, 2020.

Blount County/Cleveland Funeral Home is in charge of arrangements

All rights reserved. This obituary is also archived at obittree.com