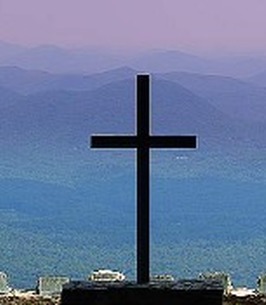 Print
James Taft Cagle, age 55, of Trafford passed away Thursday, September 27th, 2018 at UAB Hospital in Birmingham. Mr. Cagle enjoyed being surrounded by his family. His hobbies included wood working and Auburn Football. A member of Cleveland United Methodist Church, Mr. Cagle was employed with Steven's Pipe and Steel in Hayden as a truck driver.

The family will hold a memorial service at a later time at Cleveland United Methodist Church.

To send flowers to the family of James Taft Cagle, please visit our Heartfelt Sympathies Store.

We encourage you to share any memorable photos or stories about James. All tributes placed on and purchased through this memorial website will remain on in perpetuity for future generations.

RB
Death is the hardest thing we have to deal with in life. I know words can do little to take away the pain you are feeling, so may the God of comfort be with your family, helping you to cope. Lean on Him in the days to follow, (2 Thessalonians 2:16, 17) and read of his marvelous hope for those who have fallen asleep in death, John 11:41-44 and John 5:21. My deepest sympathy.
R Bailey - Sunday September 30, 2018 via Condolence Message
Share This:
1
Page 1 of 1
Share
×

Thank you for sharing!

Provide comfort for the family by sending flowers.

Or use your email:

Share on Facebook
Send flowers to the family
Choose from beautiful standing, table and basket arrangements. Safe and secure online ordering.
View Flower Arrangements
What has already been purchased for the family?
Subscribe to Updates

Connect with families at their time of loss. By subscribing to email updates, you will receive two daily updates containing all new stories, photos, candle lightings, condolences, and more.