To share your memory on the wall of Glen Ellis, sign in using one of the following options:

Print
Glen Mitchell Ellis passed away at the age of 60 after a long illness on December 1, 2019 at St. Vincent's Hospital, Birmingham.

Glen was predeceased by parents William A. "Billy" and Mary Evelyn King Ellis, grandparents Alvin and Bonnie... Read More
Glen Mitchell Ellis passed away at the age of 60 after a long illness on December 1, 2019 at St. Vincent's Hospital, Birmingham.

Glen was predeceased by parents William A. "Billy" and Mary Evelyn King Ellis, grandparents Alvin and Bonnie Tidwell Ellis and Stephen Arthur and Jennie Self King. He was also predeceased by special cousin Alan Pass and wife Debbie, all of Blountsville.

Glen spent most of his life on or near the family farm. He was a 4th generation descendant of Stephen Jonah King, one of the first settlers of Berry Mountain. He was a graduate of Cleveland High School, Wallace State Community College and later attended Auburn University. He worked many years as a heavy equipment operator in the coal mines, retiring from McCrory Construction.

He was a devoted member of Lester Memorial United Methodist Church and loved his church family. He enjoyed special times with his friends and his nieces and nephews who will miss his wit and humor. He was a lifelong Auburn fan, enjoying going to football and basketball games and making many special memories with his brother, Don. He was a special person with compassion for those in need and will be missed by all who were blessed to know him.

The family will receive friends on Wednesday, December 4th from 5PM until 7PM at the Blount County/Cleveland Funeral Home. Funeral Service for Glen will be at 11AM on Thursday, December 5th at Lester Memorial United Methodist Church. He will lie in state at the church an hour prior to service. Burial to follow at Dailey's Chapel Cemetery in Rosa.

To send flowers to the family or plant a tree in memory of Glen Mitchell Ellis, please visit our Heartfelt Sympathies Store.

Receive notifications about information and event scheduling for Glen

We encourage you to share your most beloved memories of Glen here, so that the family and other loved ones can always see it. You can upload cherished photographs, or share your favorite stories, and can even comment on those shared by others.

Posted Dec 05, 2019 at 09:14am
Glen was a great man & friend we will all miss him! He was a inspiration to everyone he met! I know he is walking with the Lord!
Comment Share
Share via:

Posted Dec 04, 2019 at 11:03pm
I am so sorry for the loss of this wonderful man. He was loved by a lot of people and will be truly missed. Sending my prayers up for the family.
Comment Share
Share via:
AC

Posted Dec 02, 2019 at 06:28pm
I’m praying for the family as I knew how special Glen was. I’m sure it saddens those who knew them and what a loss he is. I have fond memories of Glen from years ago that I’ll cherish forever. RIP my friend. Anita
Comment Share
Share via: 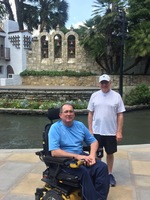 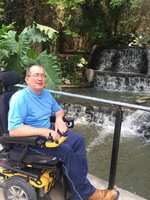